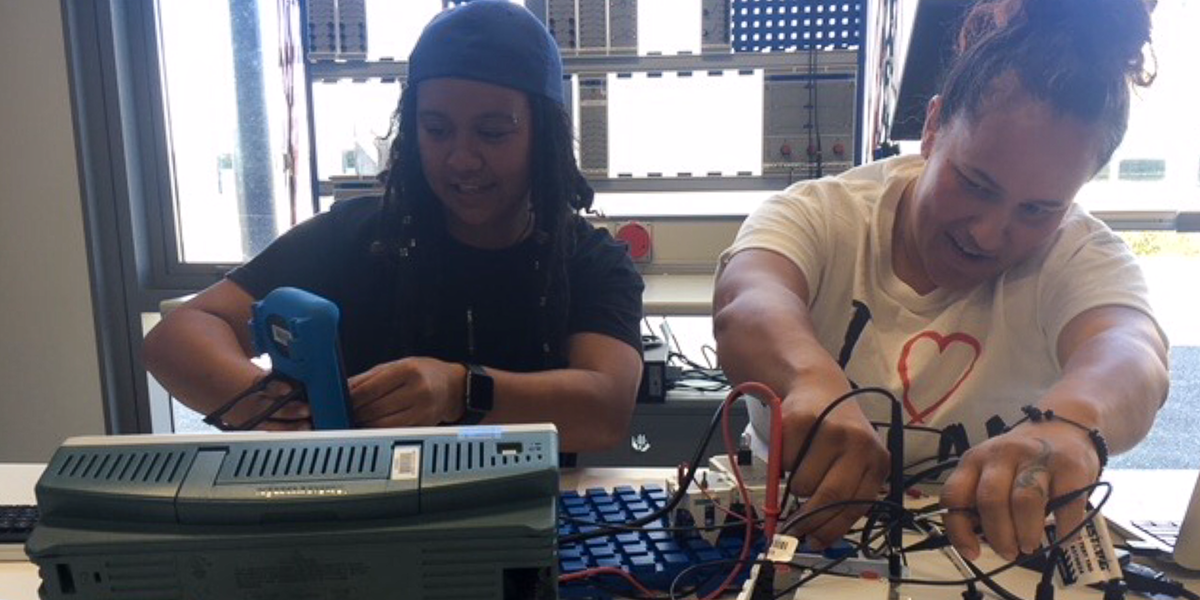 We chat with father and business owner, Noema Johnson, about how he not only encouraged his daughter to take up a trade but how he is actively helping her to succeed in an electrical career… 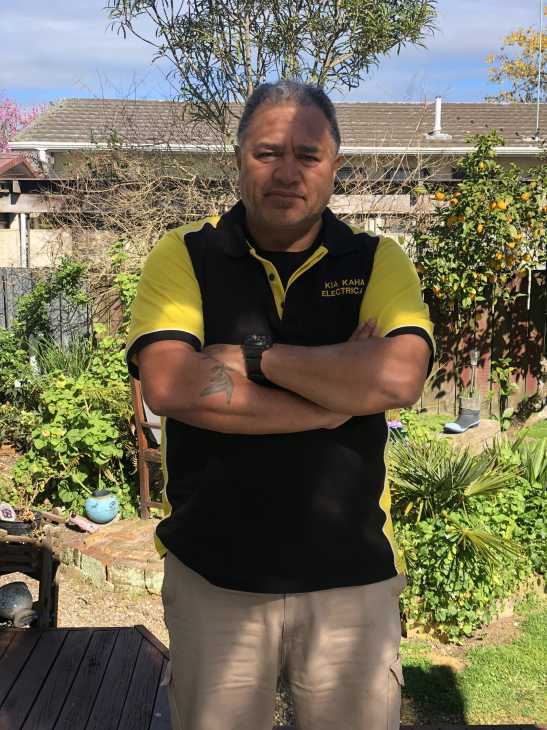 Hamilton based Noema, has worked in the electrical trade for the last 38 years. He’s spent the last 10 years encouraging his daughter, Demi, to “jump into a trade”. Now in her mid-twenties she has taken up his advice and this year started her training as an electrician.

She is studying at the Waikato Institue of Technology (Wintec) on the Electrical Pre-Trade Training course, aimed at getting students ready for apprenticeship. Demi is one of only four women on the course and has teamed up with Mere, another inspirational women who is training in her 30’s, all while having the pressure of children and family commitments.

After the polytech based first year, each of the girls will be required to find and start an apprenticeship.

Not only is Noema the inspiration and encouragement behind Demi’s decision to become an electrician, he is also focused on helping her succeed in the trade as best he can. Believing that it’s “important for the trades to have more women in them”, in order to create a more balanced culture, and a level of equality inline with other professions. One way he is helping is off the back of his own business, Kia Kaha Electrical, which he started 6 months ago. Through this he has been able to provide not only his daughter, but also Mere, with their weekly work experience on site with him. Giving them the hands on, real world training that is essential to their course and setting them up for next year.

He credits Buildrecrack.co.nz with “giving me the opportunity to help my daughter and friend so far”. Its been an important part of the way he keeps jobs rolling in and filling in the gaps so he and the women are kept busy. Checking most days, chasing jobs that are of interest and he doesn’t turn his nose up at the smaller ones. Seeing them as a great opportunity for the women to learn.

Not stopping there, Noema plans on growing his business and “picking up enough work this year to sustain bringing Demi on as an apprentice next year”.

Builderscrack thanks Noema, Demi and Mere for taking part and sharing their story. Good luck for your study and apprenticeship.