Demolition Experts – What They Do 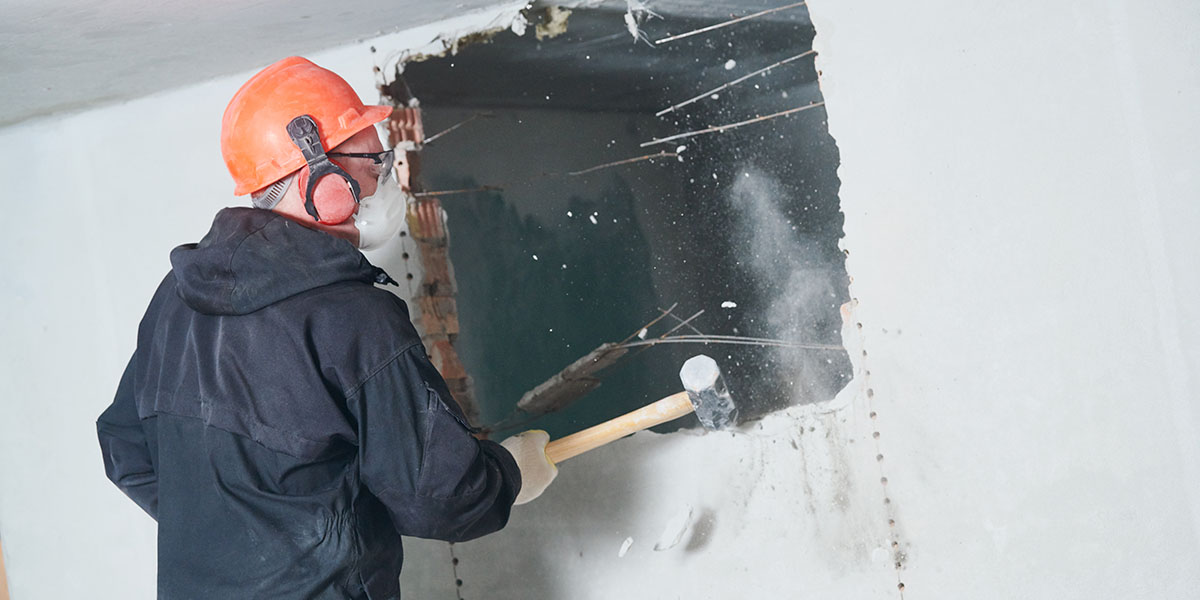 One of the more destructive trades, yet isn’t as straight forward as going crazy with a sledge hammer.  Being professional demolition tradesperson involves calculated steps to ensure not only the safety of those working but also that the part that is to be demolished is in fact the only thing demolished or damaged…

It takes several weeks or months to prepare a building for demolition.  Items of value are stripped from the building and other materials need to be removed, such as glass as it can form a deadly projectile, or insulation which will scatter over a wide area. Non-load bearing partitions and drywall also need to be removed.

Selected columns on floors where explosives will be set are drilled and high explosives such as nitroglycerin, TNT or C4 are placed in the holes. Smaller columns and walls are wrapped in detonating cord. The goal is to use as little explosive as possible; only a few floors are rigged with explosives, so that it is safer (fewer explosives) and less costly.

More time-consuming than the demolition itself is the clean-up of the site, as the debris is loaded into trucks and hauled away.

For small buildings, such as houses, that are only two or three stories high, demolition is a rather simple process. The building is pulled down either manually or mechanically using large hydraulic equipment: elevated work platforms, cranes, excavators or bulldozers.

The services of a demolition expert include:

Hire a demolition expert on Builderscrack