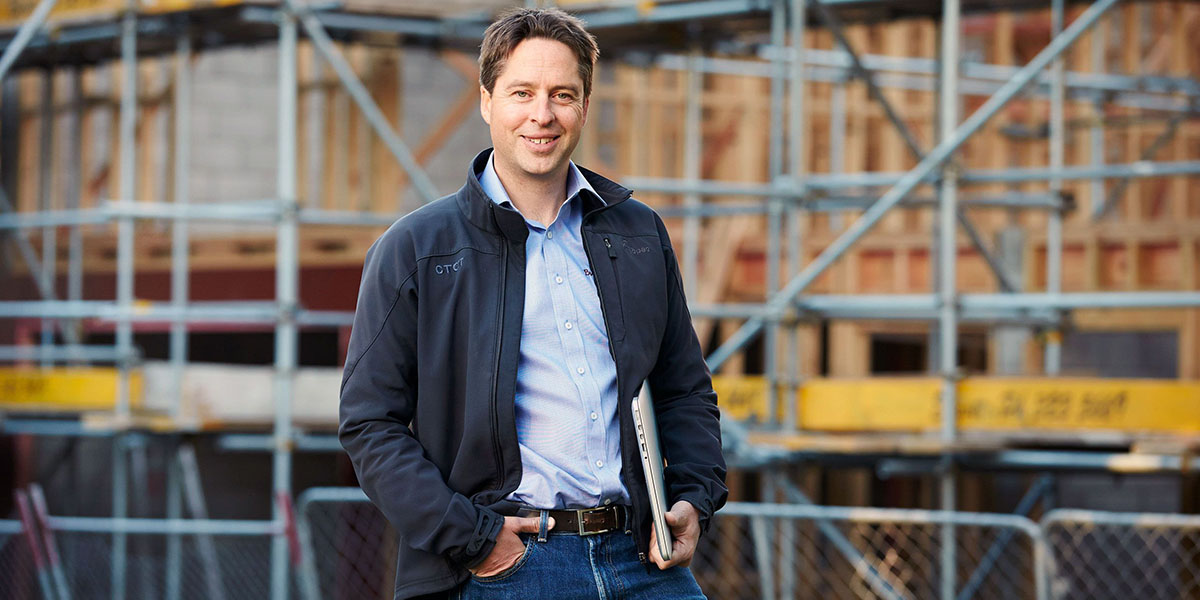 I’m awake – tired, but wide awake! The whole house is shaking. I knew that when I jumped out of bed and couldn’t stand that this was one big earthquake. Jo, my wife, jumped out of bed and said grab the baby (I had to as I found out later because her arm was asleep and couldn’t hold anything). Then the lights started to flick on and off. Then they went off for good. I could hear crashing, smashing and rumbling. I thought the house was collapsing. I started to move towards our baby daughter and the quake assisted by throwing me into her room. She was fast asleep for the first time that morning. I took her out of the swing and bolted down the pitch dark stairs with her in my arms.

Jo was busy telling the older kids to get under the doorways. Our four year old was onto it however. She was already ducking and covering as taught in Kindy. Our 6 year old was a little more aware, and was notably frightened, but he was doing what he was told.

I couldn’t find a torch. I went for the pantry but my feet told me the entire contents of it were over the kitchen floor. I knew there was a torch somewhere there, but also knew I had no chance of finding it now!

Next my thoughts were this – that was a very big earthquake and we live in a city near an ocean. I had no idea where the quake epicentre was. All I thought was quake + ocean = bad. I said to Jo I think we should drive and then shouted to the kids to get their dressing gowns on, we’re getting in the car.

It was still dark. I went to the garage and in the dim light I noticed that a whole lot of wood sheets had trapped the car. I moved the wood, manually opened the garage door, and we managed to get all three kids into the car. So far about 5-10 minutes had passed since the quake. We were now a family unit and could move together – I felt a lot safer even though we were still in the driveway.

We saw our neighbour Graeme across the road and we called him over to talk. I told him what I was thinking. However he was of the understanding that a tsunami wouldn’t reach us – although we are only a few metres above sea level, we are some distance from the coast. My brain now starting to engage, thought, “yeah, you’re right”. My 6 year old son who had now calmed down was saying “Dad, this is just like a movie” – yeah, he was right, you usually see this stuff on the big screen.

Jo, the baby, the two oldest kids and I snuggled up in my son’s bed. I dozed for an hour while the kids next to me watched a movie on my laptop. Around 8am another big aftershock happened. We just stayed put and watched the trees swaying outside. I was now relatively nonplussed as I was exhausted and the large aftershock was nothing compared to the main quake.

We got up and surveyed the damage. We got off pretty light really. The pantry contents were on the floor, a big mirror in the lounged smashe on the ground, a number of plates, vases and glasses smashed, a wall with cracks in it, dishwasher broken, floor slightly buckled, and two chimneys damaged. It could have been worse – we still had a solid roof and four walls!

We went and talked with more neighbours. They gave us coffee and exchanged stories. One of our neighbours got his BBQ out and fired it up on the street.

It was apparent that our neighbours and us had relatively little damage compared to other parts of the city. We rounded up a few neighbourhood kids and went for a walk to assess the damage in the local area. We saw the damaged Methodist church on Papanui Road and beside a van now flattened by the fallen bricks. Also every second chimney was down and people were busy weather proofing their houses while the sun was out.

After the kids were in bed and my four year old daughter had made herself safe for the night, we settled down and started to watch the TV coverage. Next thing, Paul our neighbour knocked on the door excitedly telling me to get my camera and follow him down the street. A water main had just exploded and was showering water 30 metres into the air over the road and a house. It was impressive to see just how much pressure is in those pipes!

Well that’s about it – the after shakes continued into the next day. 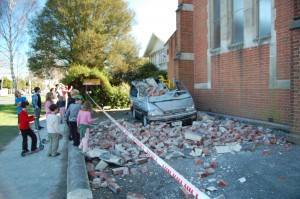 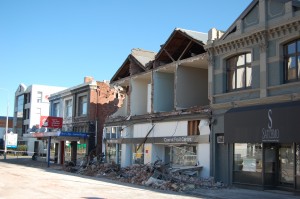 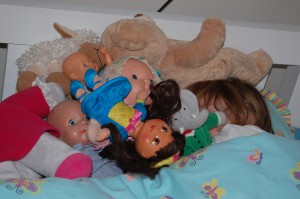 Tradies for every Job

There is no related posts.

© 2019 myQuote Ltd, all rights reserved. Builderscrack is a registered trademark of myQuote Limited. The connecting process is protected by NZ patent #594581.